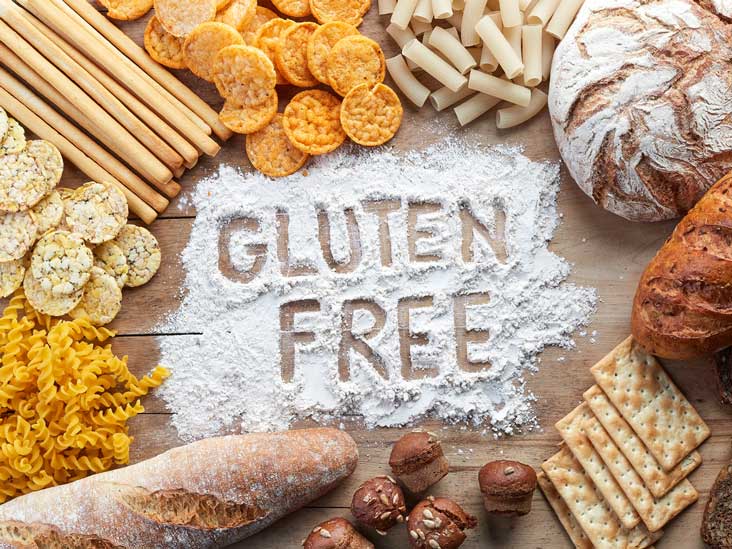 Introduction : Celiac, an auto immune disorder is found very commonly in people now days. It is activated by consumption of gluten by a person. It ranges from non-celiac gluten sensitivity to a complete celiac disease. Persons with non-celiac gluten sensitivity experiences similar symptoms that get rectified on withdrawal of gluten from food. However they do not test positive for the disease.  A person with gluten allergy  faces a problem of choosing food products off the shelf as in India not many options are available. In traditional food also there are very limited options available such as products made of rice, maize, Bengal gram flour only. Particularly in category of baked snacks; gluten sensitive persons find almost nothing in most parts of the country barring very limited urban areas. A disturbing situation arises for them, particularly for kids during occasions of celebrations such as birthday parties, etc. involving cake-cutting as cake, biscuits, bread, patties, etc. are made of wheat flour that contains gluten. Consequently, the allergic person generally depend upon only meals based on rice, maize and Bengal gram flour.

What Is A Gluten ? It is a  protein that is responsible for elasticity of a dough. It is found in wheat, barley, rye, triticale, farina and other grains.

Grains Not Permitted : Keep away from all food varieties and beverages containing the accompanying:

Wheat Terms : There are various assortments of wheat, all of which contain wheat gluten:

In the market various terms are being used for wheat flour showing how the wheat is processed or the flour is handled. Each of the following type of flour has gluten :

Gluten Containing Condiments : The readymade sauces, pickles, chutneys, dressings, etc. may contain gluten in them as gluten is a cheap stabilizer, emulsifier and a flavoring agent used in many commercially produced food products. The following is a list of the products that may contain gluten unless marked ‘Gluten-free’.

Watch-Words : In order to avoid buying food products having gluten a gluten sensitive person needs to watching for these warning-words on the labels mentioned below :

Permitted Food Varieties :   There are numerous naturally gluten-free food varieties that can be a piece of a sound eating regimen for Gluten-sensitive persons :

All the above mentioned ingredients are naturally free of gluten. But in case of ready to eat packed products, available off the shelf they might have been cross- defiled.

Marking of Gluten-Free Food : As per the U.S. Food and Drug Administration rules, gluten free food products must have less than 20 particles of gluten per each million. Such food products might be labeled as along with a sign as mentioned below :

While purchasing processed food products, it is easy for a customer to refer a pictorial mark to decide whether the products contain gluten or not. A sign representing grains of wheat with a cross-out mark is already being used internationally as shown in the image below :

Cocktails produced using normally Gluten-free fixings, for example, grapes or juniper berries, can be named gluten-free. A cocktail produced using a gluten-containing grain (wheat, grain, rye and half breed grains, for example, triticale) can convey a name expressing the refreshment was “handled,” “treated” or “made” to eliminate gluten. Notwithstanding, the mark should express that gluten content not entirely settled and the refreshment might contain some gluten. These refreshments may not be named without gluten.

Medicines And Enhancements : Medicines and solutions might involve wheat gluten as a limiting specialist. Converse with your primary care physician or drug specialist about the medications you’re taking. Dietary enhancements that contain wheat gluten should have “wheat” expressed on the mark.

Eating Gluten-free at home and in eateries : For individuals with celiac illness, specifically, it’s critical to keep away from gluten containing food. The accompanying tips can assist you with forestalling cross-defilement in your own food arrangements at home and restaurants :